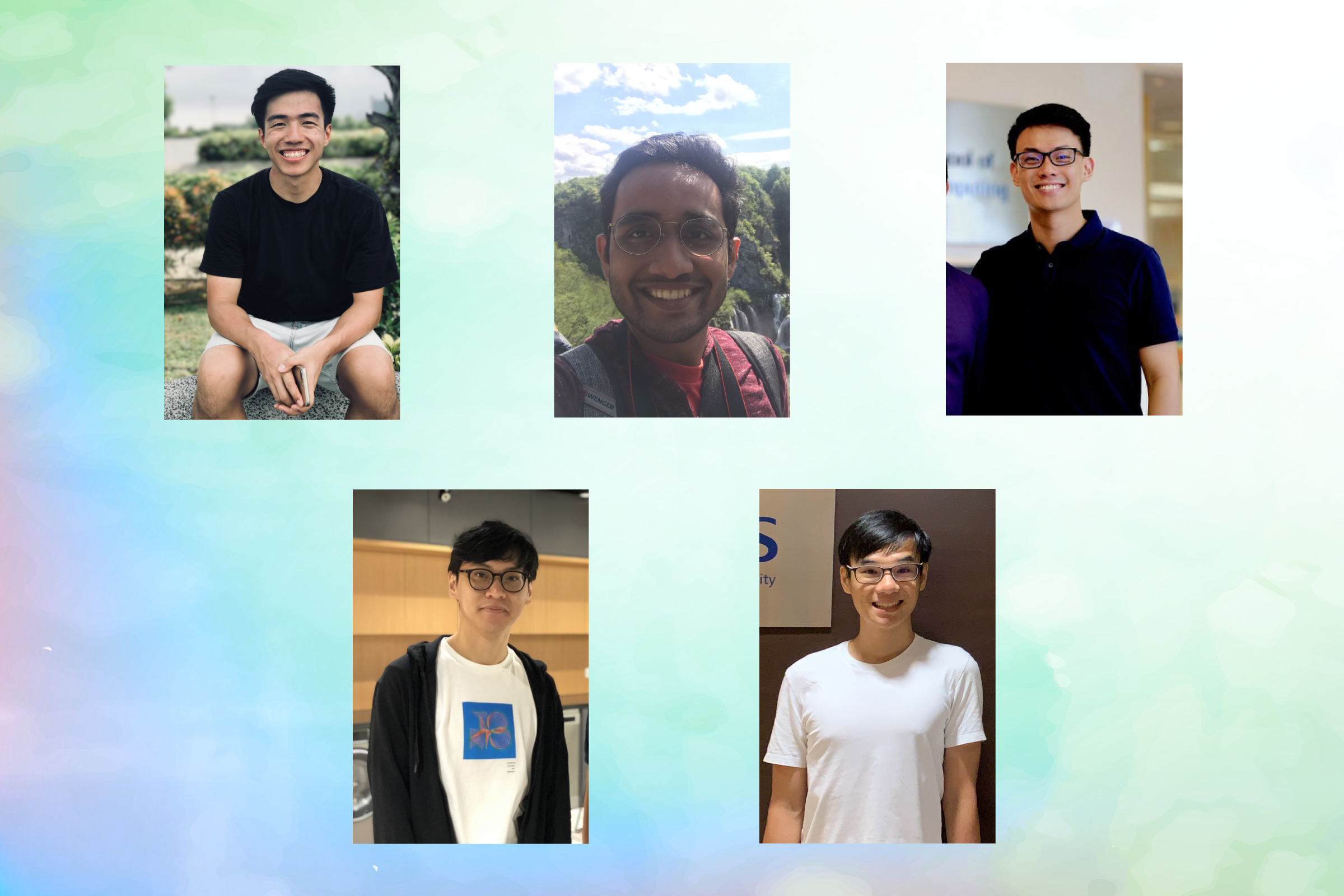 A new way of modelling human intentions in AI agents “In recent years, tremendous advancements in AI have produced agents that can beat human world champions at competitive games, such as AlphaGo. These agents usually employ deep reinforcement learning algorithms, where they learn to play and learn the best actions to take through playing with itself many times,” said Terence.

However, he added that such agents do not have explicit notions of intentions of strategies. This means that although they know that it would be best to perform a certain move, they do not understand why making that move is the ‘best’ thing to do in that situation.

In order to model explicit notions of strategy intentions in AI agents, Terence and A/P Ong developed a new approach that involves the ‘Theory of Mind’ concept in cognitive psychology.

The AI agents trained with this approach are able to ‘take the perspective’ of other agents, which helps them predict the reasons behind the agents’ moves, as well as the moves that they are likely to do next. These ‘Theory of Mind’ agents would then plan to achieve goals that other agents would not, in order to minimise competing for the same goals.

“This helps them collaborate more easily with humans, without the need for many hours of training like deep learning agents require,” said Terence.

“As Theory of Mind agents are able to ‘think’ like humans, they can ‘consider’ what other agents are doing at each time step, and make a decision that best benefits everyone,” he added.

“We are living in a ‘pandemic-infodemic’, where misinformation on COVID-19 can cost people’s lives. While many pieces of news can be scientifically fact-checked, some are not as straight-forward, due to the ever-changing nature of information on the pandemic,” said Hoang. In order to address this issue, they developed a new framework named ‘The FActual News Graph’, or FANG, to detect misinformation on social media. FANG makes use of Graph Neural Networks, which model the spread of news on social media as a large network comprising various news sources, such as mainstream media sites and ordinary online users.

“We observed that credible mainstream media sites often cite other credible journalism sources; this is also similar for online users. Reliable users are observed to form tight relationships with each other on social media, and likewise for malicious users,” said Hoang.

The framework utilises this ‘wisdom of the crowd’ in order to detect misinformation.

FANG learns to assign users similar representations if they have close relationships on social media, or endorse and disprove common news. It also learns close representations for sources frequently citing each other. On the contrary, users and news that have conflicting viewpoints are assigned distant representations.

In this way, trustworthy sources and users are grouped together, and are therefore distinguished from unreliable sources.

“As the pandemic unfolds, we will continue to keep a close track of daily news on COVID-19, and work on our plans to deploy our algorithm in a web application,” said Hoang.

Their work is accepted to be published at the 29th ACM International Conference on Information and Knowledge Management, which will be held online from 19 to 23 October 2020.

“While extremely successful for many applications, deep learning techniques do face power constraints while performing intelligent tasks on platforms such as robots, drones and IoT devices,” said Srivatsa. 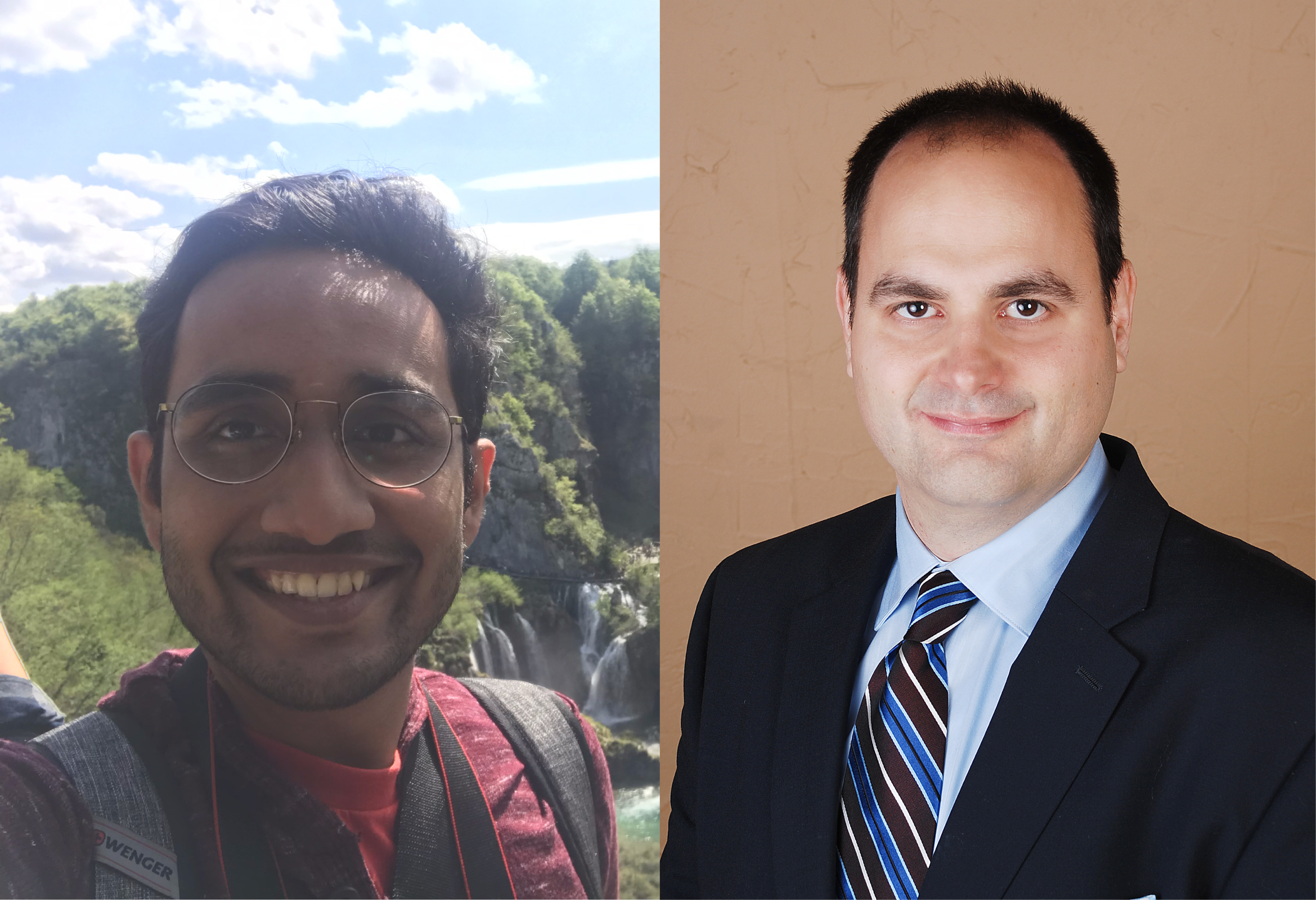 Their approach mimics the human brain, using a special class of neural networks known as Spiking Neural Networks (SNNs). However, Srivatsa added that while these networks are extremely promising as a viable alternative for intelligence tasks on power-constrained applications, they are not as accurate as neural networks using deep learning.

To solve this, they developed a new training algorithm that increases the accuracy of SNNs to be comparable to that of the Artificial Neural Networks (ANNs) from the Deep Learning paradigm. In this way, SNNs become a more viable alternative for performing intelligent tasks on power-constrained applications.

“This was the first time I delved deep into fundamental research—I started the project with no knowledge of SNNs and barely any experience with research,” said Srivatsa.

“However, this positive experience has really influenced my future plans. Before embarking on this project, I was certain that I was going to take up a job as a software engineer in London or San Francisco after graduation. After having gone through this remarkable experience, I am now seriously considering pursuing research as a career,” he added.

Helping robots improve their ‘telepathy’ with the humans they assist
Eugene worked with his FYP supervisor Assistant Professor Harold Soh on a project in collaborative robotics, where robots are tasked to assist humans in completing tasks. 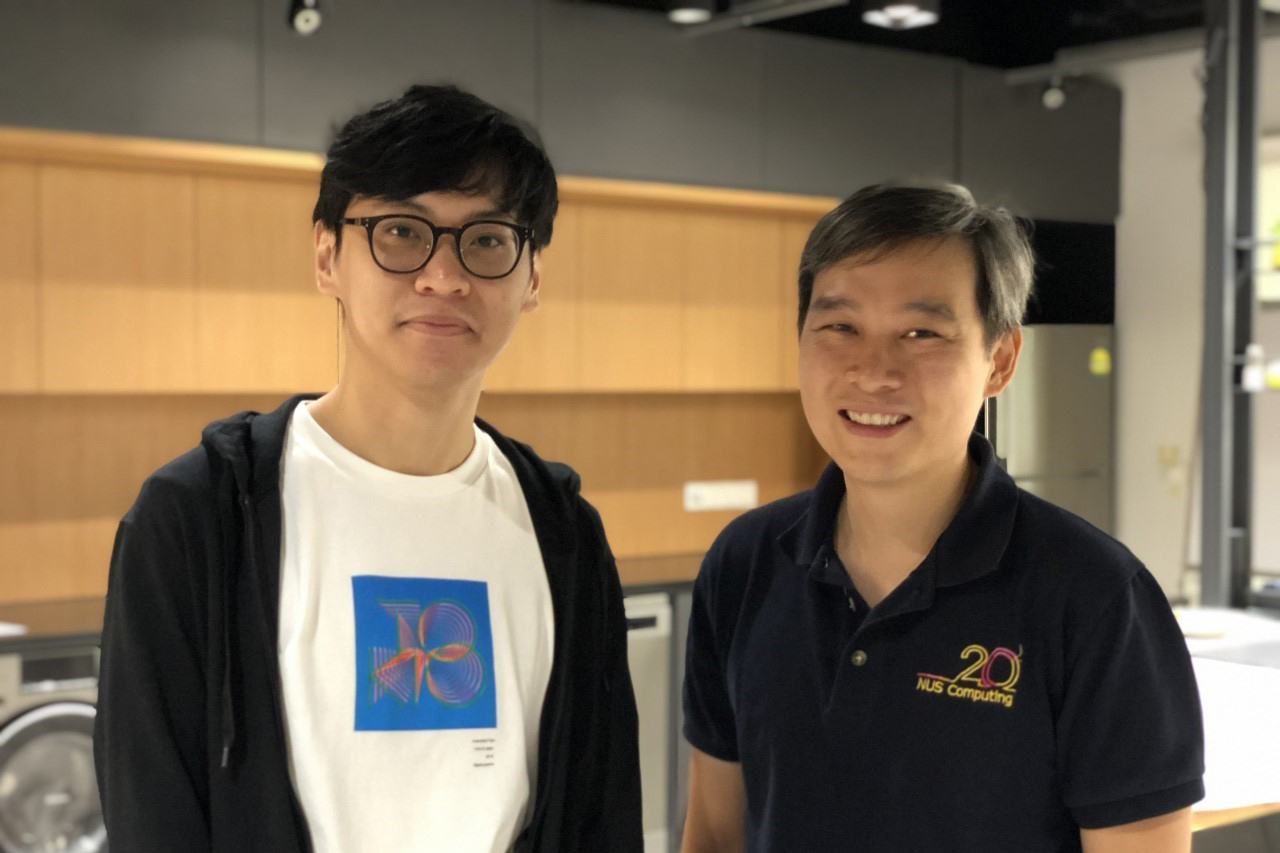 “In many collaborative tasks, the human holds some private information that is crucial for completing the task, but they are unable to convey this information directly to the robot. We developed a general machine learning method for training robots to assist humans in such situations,” said Eugene.

He cites an example of training a robot to assist a human in making either an apple or orange juice: If the robot does not know which juice the human would like, the choice of juice will be the private information.

In the case of the juice example, this would mean that the robot would predict the human’s choice of juice, and communicate this prediction to the trainer, who is able to correct the robot if needed.

To test the training framework, they developed ‘Juiced’, an environment inspired by the popular video game Overcooked.

“Our initial experiments in Juiced show that the robots trained with our framework can accurately predict the private information and exhibit collaborative behaviour,” said Eugene.

The method they developed can potentially be used to train robots in assisting humans across many sectors – such as in the food and beverage (F&B), healthcare, household, and packaging industries.

Diabetic Retinopathy (DR) is the leading cause of blindness in the working-age population of developed nations. The prevalence of the disease has doubled in the past 30 years, and is expected to increase in ageing populations, such as Singapore.

“Early detection and treatment can reduce the risk of blindness by 95%. Automatic retinal image analysis via deep learning has shown promising results, and is able to accurately detect and grade images with varied presence of red (microaneurysms/hemorrhages) and bright (lipoprotein exedates) lesions,” said Alex.

However, he added that such systems have not been used in real world clinical settings, as it is difficult to accurately predict the various severity grade levels of diabetic retinopathy; the predictions generated are also hard to interpret.

To address this, they developed a new system that generates explanations for the predictions, and improves the accuracy of predictions through the use of semi-supervised and multi-task learning approaches.

“The experiment results on various benchmark datasets demonstrate the effectiveness of our multi-task approach over state-of-the-art networks, with consistent performance improvements over all severity grade levels,” said Alex.

The system has also been deployed as a prototype web-application, ready for use in clinical testing. Alex presenting his project at the Innovative Applications of Artificial Intelligence 2020 Conference, held in New York in February this year.

“In the real world, the cyber-physical system is usually not connected, patched, or updated. As these systems provide critical infrastructure, such as providing trains in Singapore’s railway network with power support, its security is extremely important to the public,” said Yuting.

She added that the practice of ‘Security Through Obscurity (STO)’ —a technique that hides important information in order to minimise the risk of being attacked —used in the system also makes it vulnerable to attacks.

“Various technologies, such as the smart grid system and smart devices, make the system accessible from the outside world,” she said.

However, it is challenging to conduct security testing or experiments directly on the operating physical systems, as testing will interrupt these critical systems and result in significant disruption of operations and financial loss.

To address this, Yuting worked with A/P Chang to design and implement a virtual security testbed for use in cybersecurity experiments. Their testbed simulates the real physical power system, Operation Technology (OT) system, and the IT network to some extent, allowing scientists and researchers to observe the effects to the power system under the scenario that its smart devices are compromised.

The testbed also includes a modelling and simulation framework which can simulate specific power systems, like IEEE 9-bus system and ADSC 20-bus substation topology, as well as any hypothetical scenario.

“This project is challenging as it requires multidisciplinary knowledge across three domains, including science, engineering and it is difficult for an undergraduate to have such a board knowledge base,” said Yuting.

She added: “However, it has a potentially large impact, as it solves a problem we face in the real world. I feel very proud that the project is recognised by the school.”