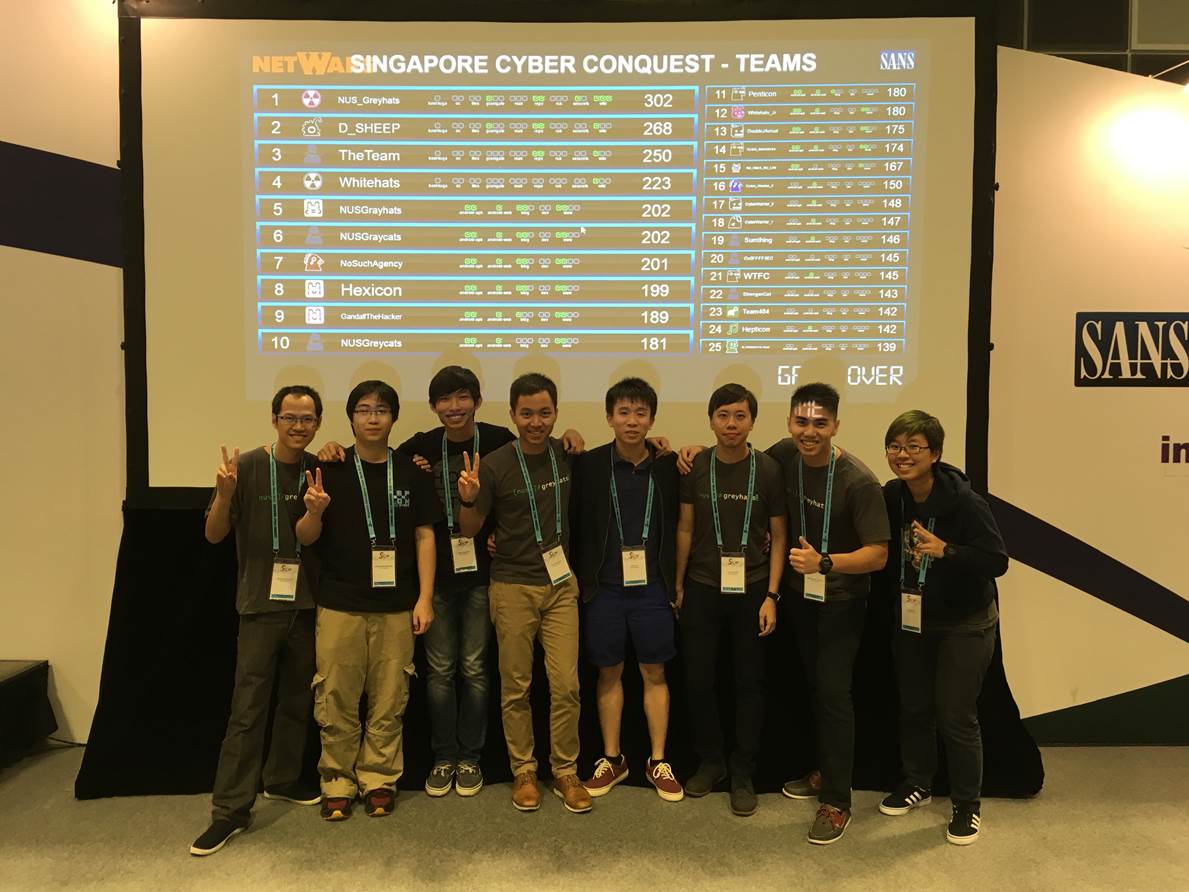 14 October 2016 – NUS Greyhats, a special interest group at NUS Computing that aims to spark students' interest in information security and advance the level of security proficiency, won the 7th Singapore Cyber Conquest and also secured three other top ten positions at the competition.

Speaking on behalf of the team, Jeremy observed that there was a marked improvement in the level of competence of the competitors over the years and this year’s contest was enjoyable because the fierce competition pushed them to do better. “We believe that NUS Greyhats’ win in this competition is the result of the efforts we have been putting in, such as our organisation of public events and workshops.”

Jeremy and Quan Yang will be representing Singapore at the SANS NetWars Tournament of Champions from 15 to 16 December 2016 in Washington D.C., USA. In addition, they will receive training scholarships to attend the SANS CyberDefense Initiative 2016, where they will have the opportunity to participate in security training courses taught by real-world practitioners.