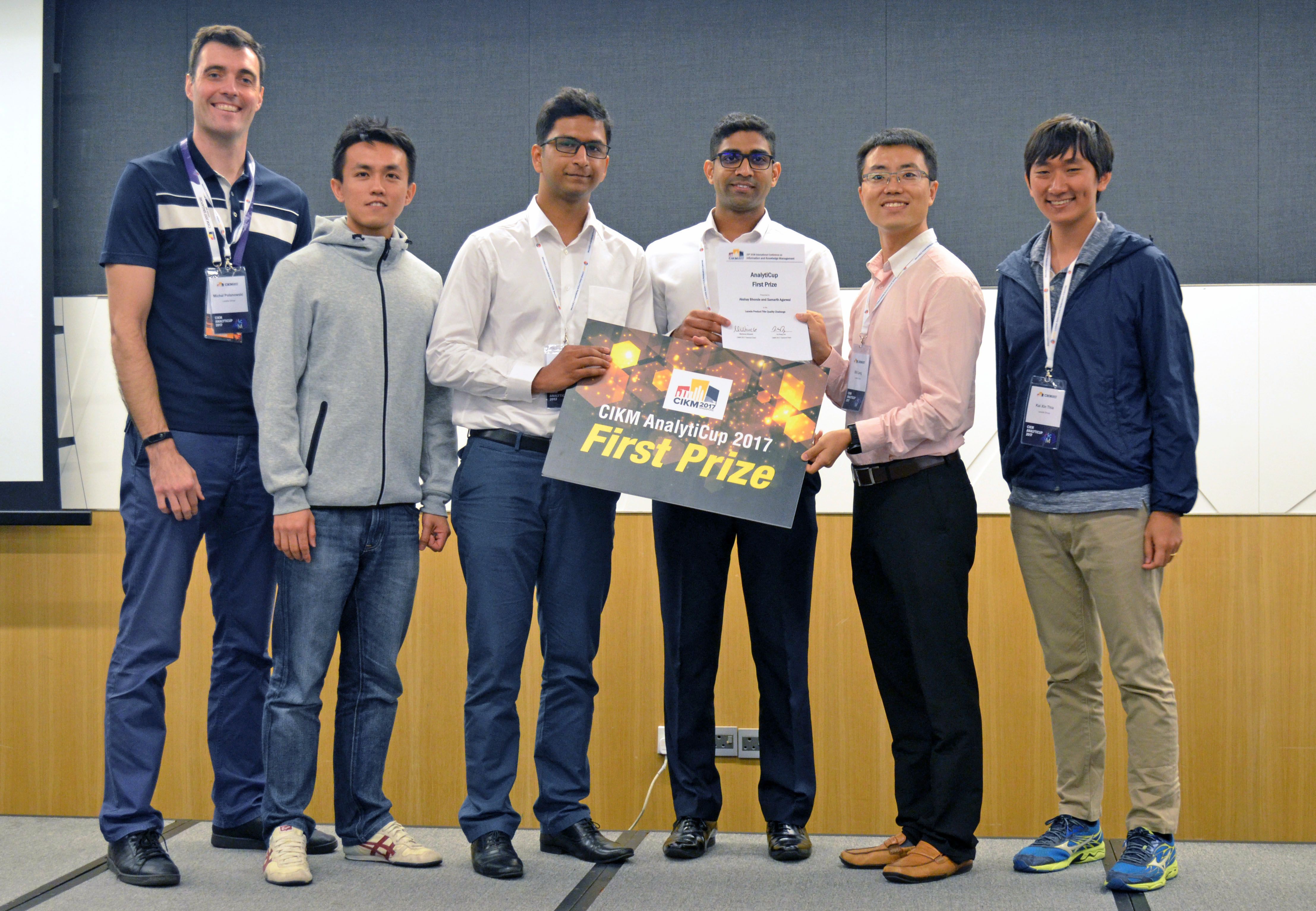 14 December 2017 – Master of Science in Business Analytics (MSBA) alumni performed well in the ACM International Conference on Information and Knowledge Management (CIKM) AnalytiCup 2017, winning two out of the four challenges.

The nine month long competition, which started in March this year, was held in Singapore. More than 1500 teams from around the world competed in the challenges. The results were announced after the contest’s final round on 6 November.

The challenge was to solve Lazada’s problem of sellers using irrelevant and misleading titles to attract attention and improve their search relevance. Teams had to build product title quality models that automatically grade the clarity and conciseness of a product title. 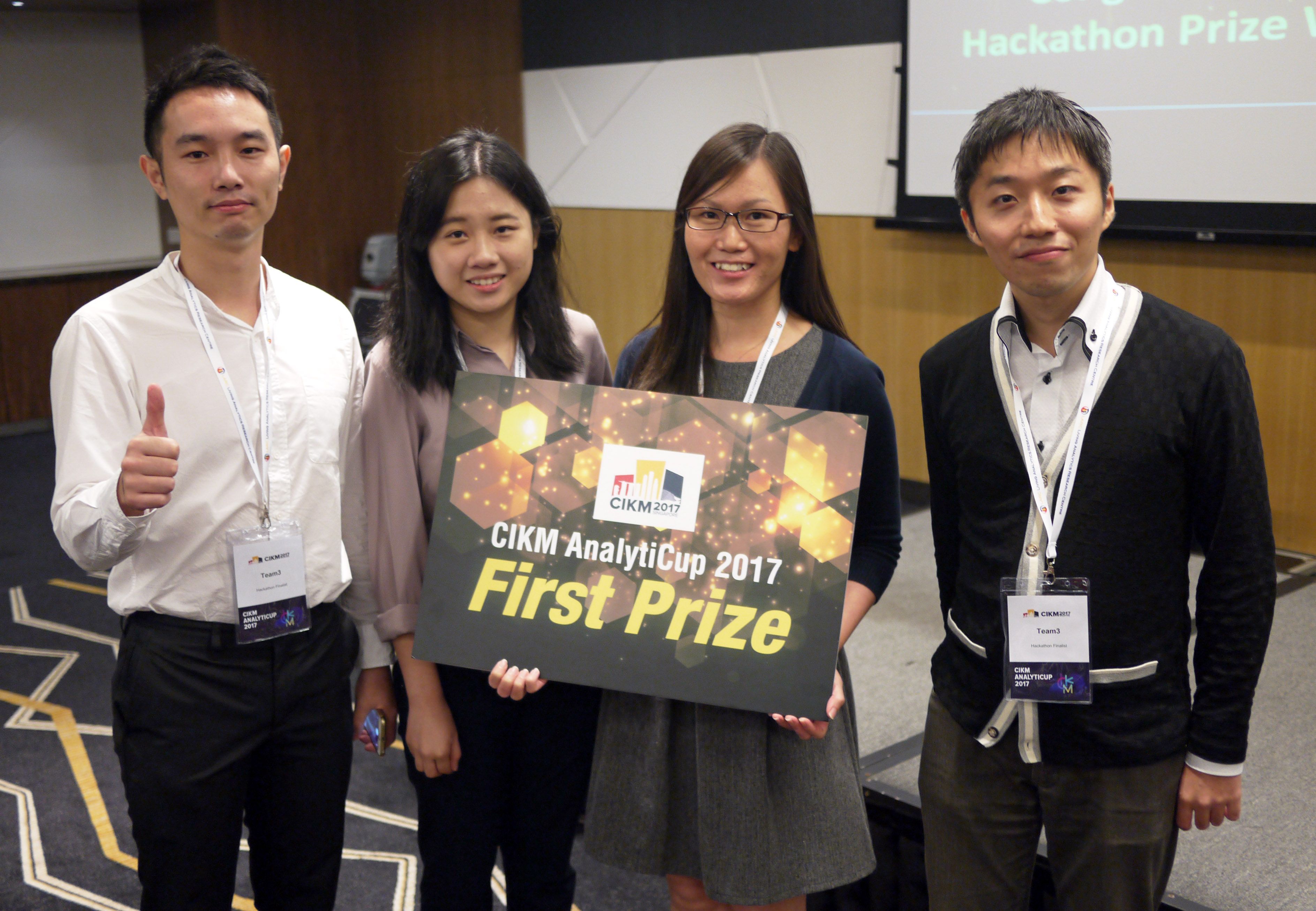 The challenge was based on DHL’s need to handle large volumes of temperature controlled Life Sciences and Healthcare shipments globally. Teams were tasked to build a risk analysis solution model to help categorise the risk level of DHL’s delivery routes, as any temperature difference at any point of the delivery could potentially damage medicinal products.

Applying their business acumen and technical skills in analytics, both teams tackled the task by first understanding the challenges from a business perspective, instead of diving into the algorithms and technicalities. This allowed them to devise solutions that were simple and practical enough to implement, yet innovative in terms of feature engineering.

Neil mentioned that his capstone engagement boosted his domain knowledge in the logistics and supply chain industry, and thus gave his team an edge over the rest.

The team also emphasised the importance of diversity within their team, which gave them an advantage over their competitors. “With diversity, you will have different skills to leverage on, and different backgrounds and experiences to approach the problem from different perspectives,” said Sylvia.

Samarth and Akshay urged current and future MSBA students to participate in as many hackathons as they can. They believe that hackathons not only allow students to apply classroom knowledge to real-life problems, but also provide opportunities to learn from data scientists worldwide.

“Don’t just keep yourself limited to the coursework. Participate actively and look at what is happening in the real world,” said Samarth.

The CIKM AnalytiCup 2017 is a competition organised by the CIKM conference to find creative and meaningful solutions to crucial problems in Singapore, with problems ranging from a wide range of industries, such as transportation, urban mobility and environmental issues.