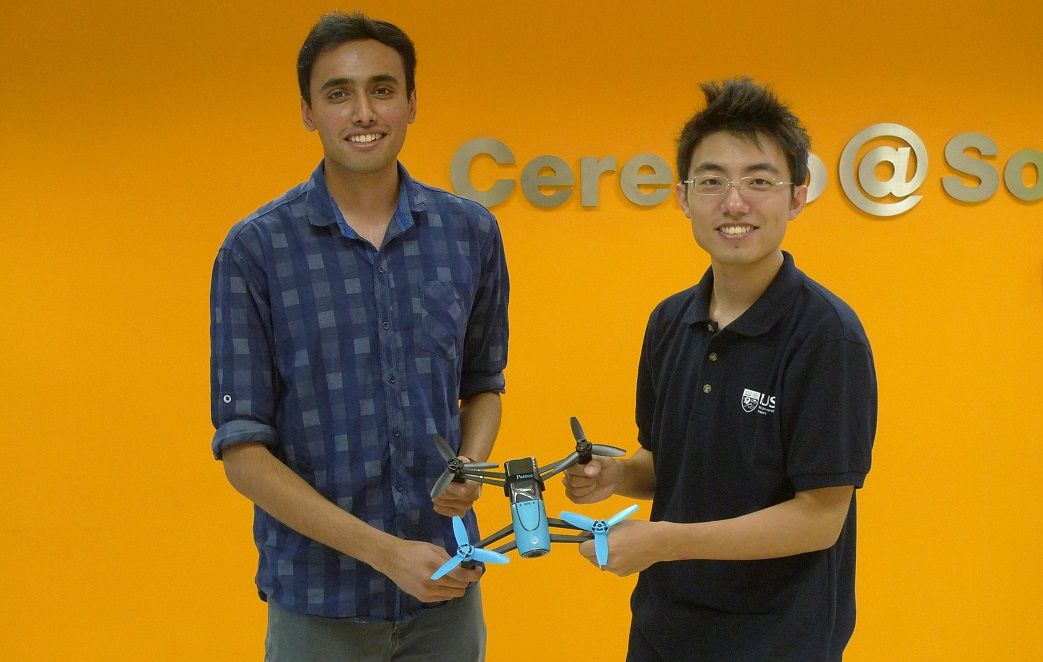 They developed Xpose, a new interactive drone photo-taking system that capitalises on the drone’s autonomous flying capability. First, the drone takes exploratory sample photos of the subject from various angles. These samples appear on the user’s tablet or smartphone, and the user selects the sample photo that best approximates the user’s desired point of view of the subject. The user then uses the touch screen to adjust the position of elements in the photo and refine the composition of the sample photo until the subject is framed exactly to the user’s satisfaction. These adjustments send instructions to the drone to automatically reposition itself to capture the user’s desired point of view, rather than the more common approach of requiring users to pilot the drone to a position that will afford the desired point of view. Accordingly, during user tests, users completed specific photo-taking tasks more quickly with Xpose, than with the more common drone-piloting approach.

“Xpose was a result of interdisciplinary collaboration--throughout this project, we integrated interaction design and system design. The collaboration between Prof. Zhao, a leading expert in Human Computer Interaction (HCI), and us, gave this project unique strengths. We learned a lot from each other,” explained Prof. Hsu. “The other two papers that were finalists in the Best Systems Paper category were produced by researchers from Carnegie Mellon University and University of Michigan—both world renowned universities for robotics research. We were lucky to prevail over such strong competition,” said Prof. Hsu. RSS is the most competitive international conference in robotics. Over 70 high quality papers addressing all areas of robotics from researchers around the world were accepted at RSS 2017, which was held at the Massachusetts Institute of Technology (MIT), USA, in mid-July.