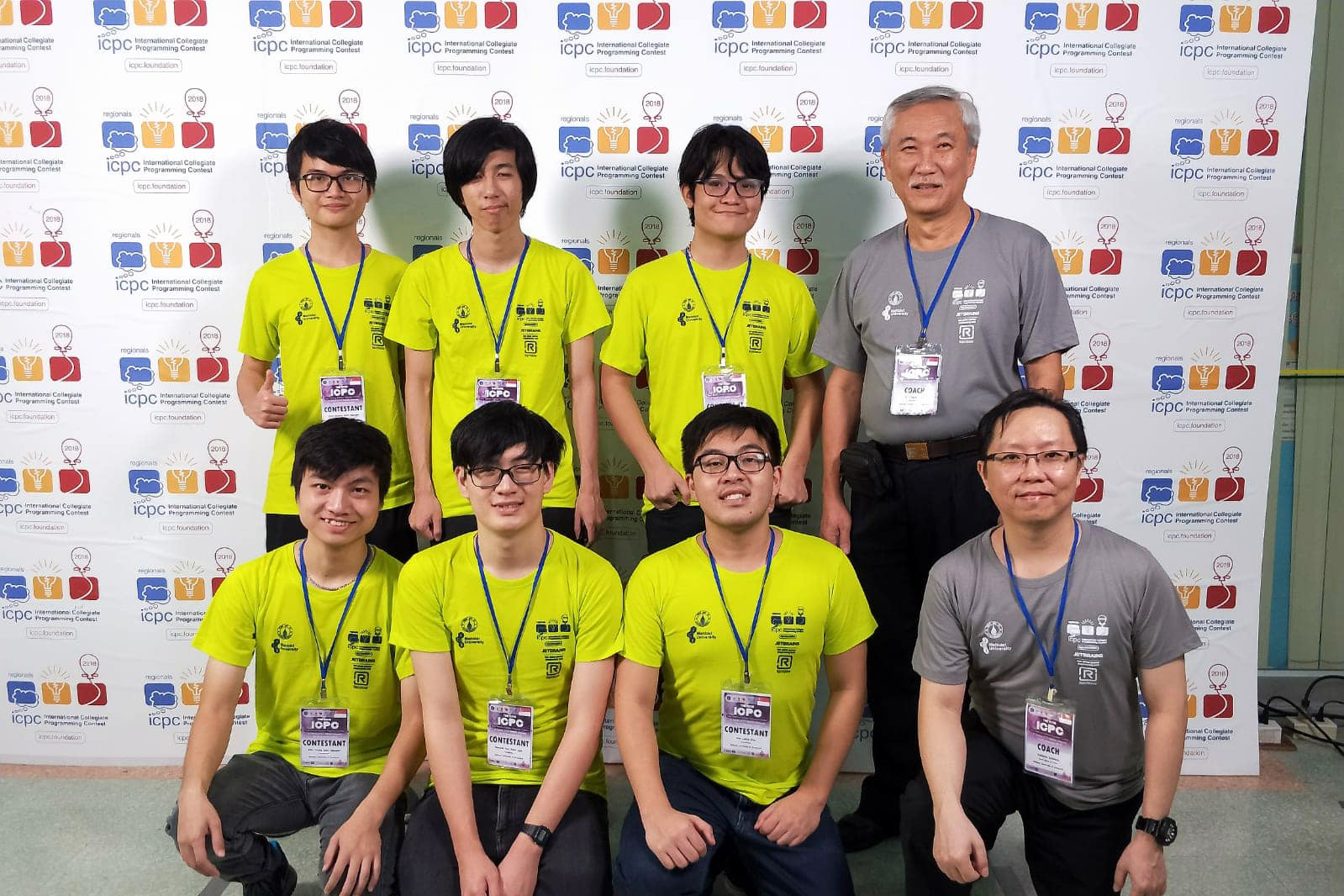 The ICPC contests pit teams of three university students against eight or more complex, real-world problems, within five hours. Competitors race against the clock in a battle of logic, strategy, and mental endurance to complete as many algorithmic problems as possible. NUS Computing students Ranald Lam, Gan Wei Liang, and Nguyen Tien Trung Kien were crowned winners in the Nakhon Pathom regional contest, held from 16 to 18 November at Mahidol University. The team solved 11 of the 12 contest problems, and out of 11 problems, the team was the first to solve five problems.

“At the 190th minute, with another 110 minutes to go, I knew that Team Pandamiao had a very high chance of winning as they have correctly solved nine problems and their closest competitor had only solved seven problems,” said Dr Halim.

“It has been a while since we achieved such a good performance at a contest and the win has increased our confidence,” said Wei Liang, on behalf of the team. Halfway through the contest, the team encountered a confusing problem statement that they were not able to correctly solve. The team chose to disregard the problem statement and made their own assumptions instead. After almost 10 attempts, the team finally solved the problem correctly, which helped reinforce their first place position.

“We would like to thank our sponsors for their generous donations. Without them, we would not have been able to attend this regional. In addition, thank you to our coaches, Associate Professor Tan Sun Teck, Dr Sufatrio, and Dr Halim, for handling all the administrative work and leaving our team to concentrate on the contest itself,” said Pandamiao team member Kien.

Second year students Kwee Lung Sin, Robin Yu, and Sergio Vieri, placed third in the Jakarta regional contest, held from 10 to 12 November. A total of 75 teams, including top performing teams from universities such as Korea Advanced Institute of Science and Technology, Kyoto University and Vietnam National University, competed in the contest held at the Bina Nusantara University campus.

“With our competitors being previous world finalists and strong teams that had previously beaten us, we knew from the beginning that this was not going to be an easy contest and that it would take an exceptionally strong performance to win a medal,” said Lung Sin, on behalf of his team.

Dr Halim added, “Winning the Jakarta regional contest was almost impossible due to the presence of very strong teams. Fortunately, we still managed to get third place despite not winning any ‘first to solve’ prizes.”

Lung Sin, Sergio, and Robin decided to follow the top performing team and chose to work on problems that the top team has solved. This meant that the team would lose their chances of winning any ‘First to Solve’ prizes. However, the team’s strategy helped the trio to maximise their time and solve more problems. For example, the team avoided the first problem, which many other teams chose to attempt. This decision helped the team save time, as many other teams were repeatedly attempting the problem but failed to solve it.

In the end, the team won a gold medal for their third place performance, a marked improvement from the team’s fifth place ranking at last year’s Yangon contest. “Overall, the contest went very well. Even though I believe there are some aspects which can still be improved, our performance was a prime example of what our team could achieve with perfect synergy,” Lung Sin added.

The NUS ICPC teams will also be competing in the upcoming Yangon regional contest from 8 to 11 December, and will be ending the season back home at the Singapore regional contest. The Singapore contest will be hosted by NUS Computing from 12 to 14 December. This is NUS Computing’s third time hosting the contest, since it last hosted in 2015 and 2007. A total of 50 teams from 25 universities and 10 countries will participating in the contest.

About ICPC:
The International Collegiate Programming Contest is an algorithmic programming contest for college students. Teams of three, representing their university, work to solve real-world problems, while fostering collaboration, creativity, innovation, and the ability to perform under pressure. Through training and competition, teams challenge each other to raise the bar. It is the oldest, largest, and most prestigious programming contest in the world, with more than 50,000 students worldwide from over 3,000 universities in 111 countries competing in the contest.