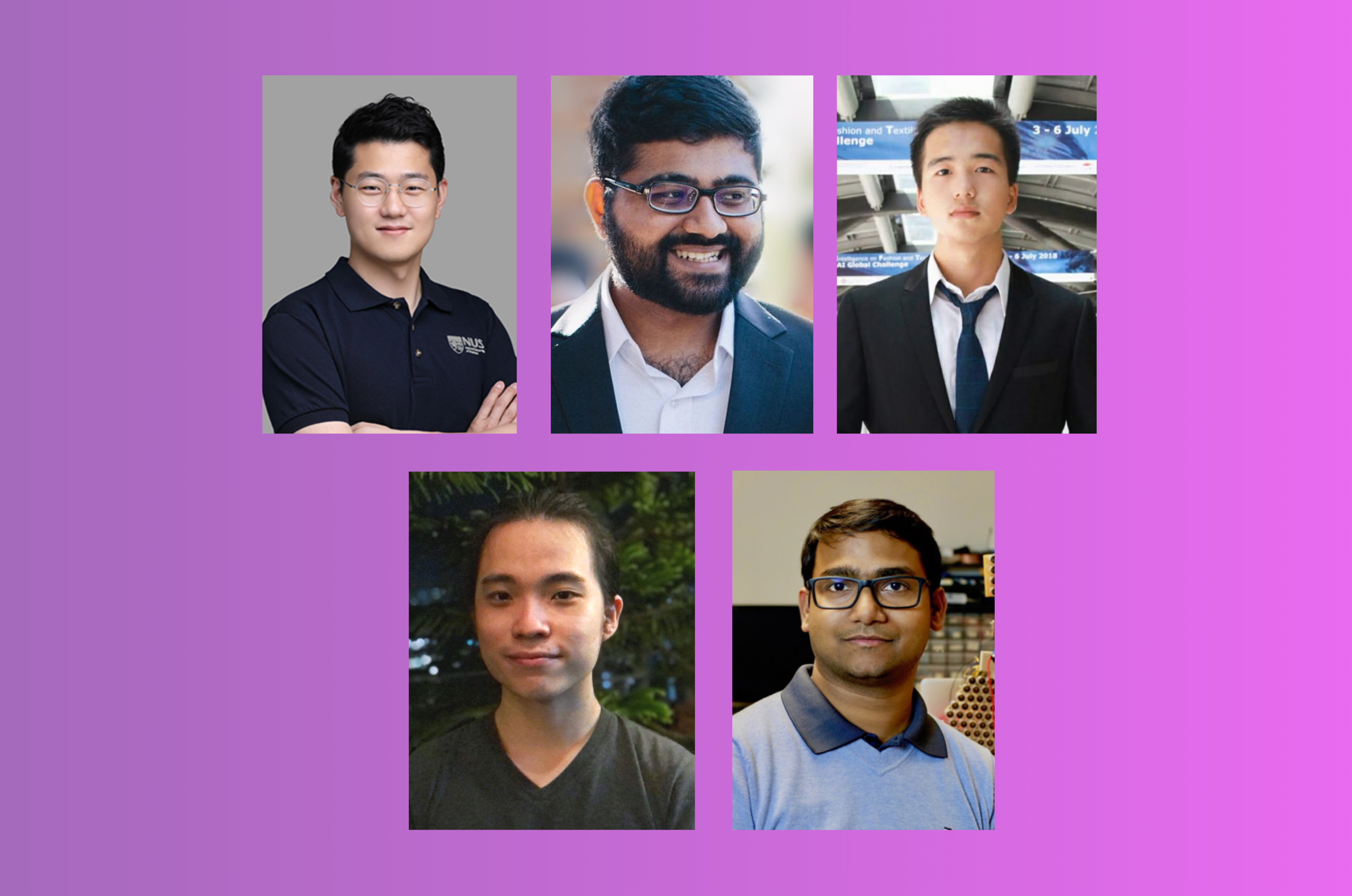 SenSys 2020 is a prestigious conference for sensors and sensor-enabled smart systems research. It was held online from 16 to 19 November 2020.

The team won the award for their work on how Light Detection and Ranging (Lidar) sensors could potentially be used to eavesdrop on private conversations.

Lidar sensors are laser-based distance measuring sensors found in devices such as robot vacuum cleaners, self-driving cars, and even smartphones. The sensors are typically used for navigation purposes.

Through a novel side-channel discovered by the team, the Lidar sensor on a robot vacuum cleaner was repurposed and converted into a laser microphone capable of eavesdropping. The team calls this audio eavesdropping system the LidarPhone. 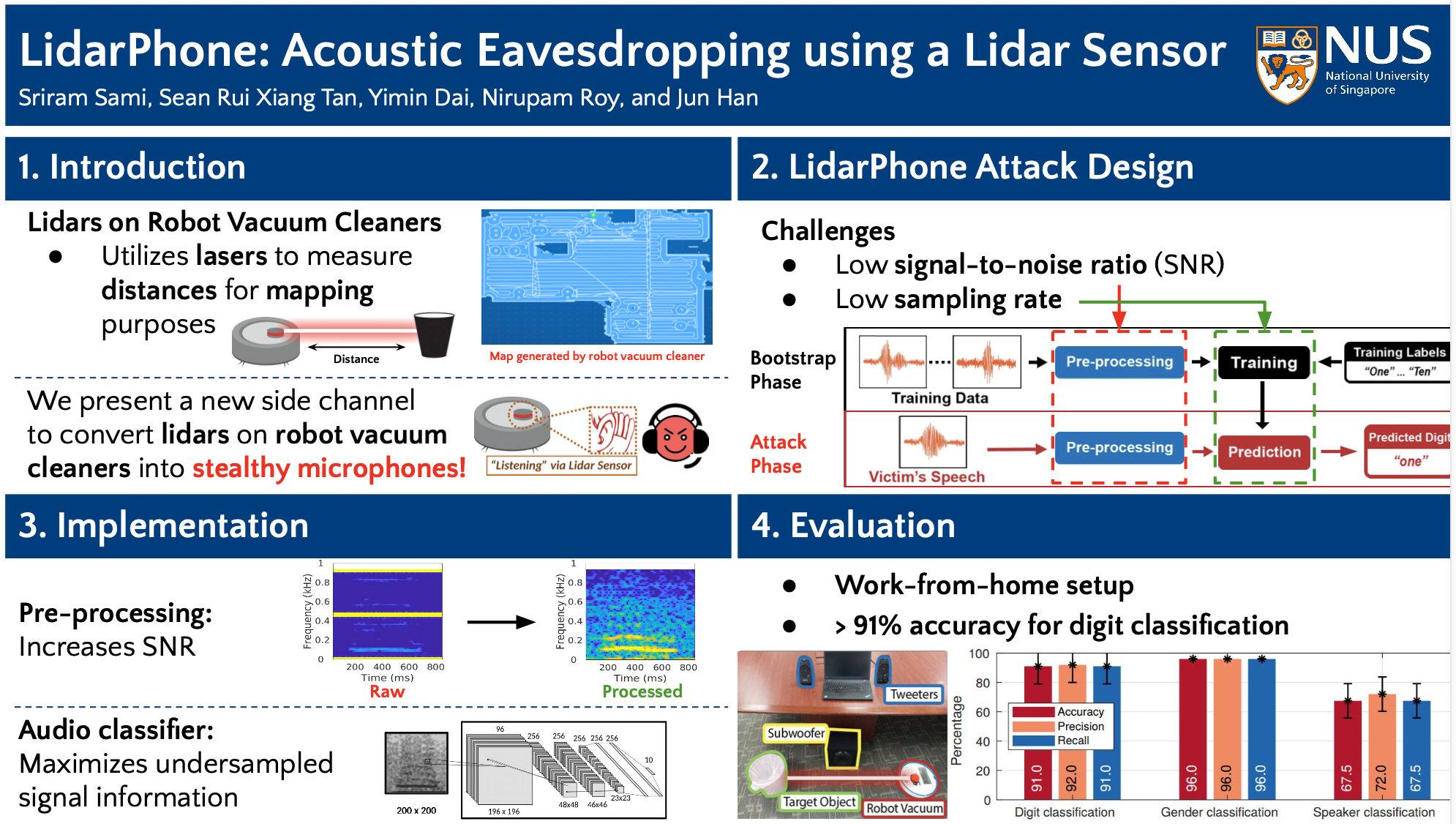 The poster by the research team that won the Best Poster Runner-Up award at the 18th ACM Conference on Embedded Networked Sensor Systems (SenSys 2020).

During the experiment, the repurposed sensor on the robot vacuum cleaner was able to collect audio signals that vibrated off objects that are typically found on the floor, such as wastepaper bins. Two main audio sources were used during the experiment--a computer speaker and a TV soundbar, which played speech-based audio clips and music clips respectively.

The team also used different household objects such as wastepaper bins and takeaway bags made out of different materials in their experiment. They found that light and flexible objects were ideal targets for LidarPhone.

“We tested trashcans with a thin plastic lining, takeaway bags, cardboard boxes, etc., and we were able to recover useful audio information from all of these objects. Since such light and flexible objects deform more easily due to nearby sound, and speech near these objects vibrates the surfaces of the objects significantly, this increases the signal-to-noise ratio (SNR) of the LidarPhone recordings,” said Sami on behalf of the research team.

Custom signal processing was used to remove unwanted noise from the recordings, which were then run through a machine learning system. The system managed to identify numbers in audio recordings where numbers were verbally conveyed, which means that sensitive information such as credit card numbers or PINs could be revealed to the hacker.

This is possibly the first time Lidar sensors have been “hacked” and made to behave as a microphone in a research experiment. The research team was largely inspired by laser microphones used by spy organisations in the Cold War, and the increasing ubiquity of Lidar sensors in devices today. 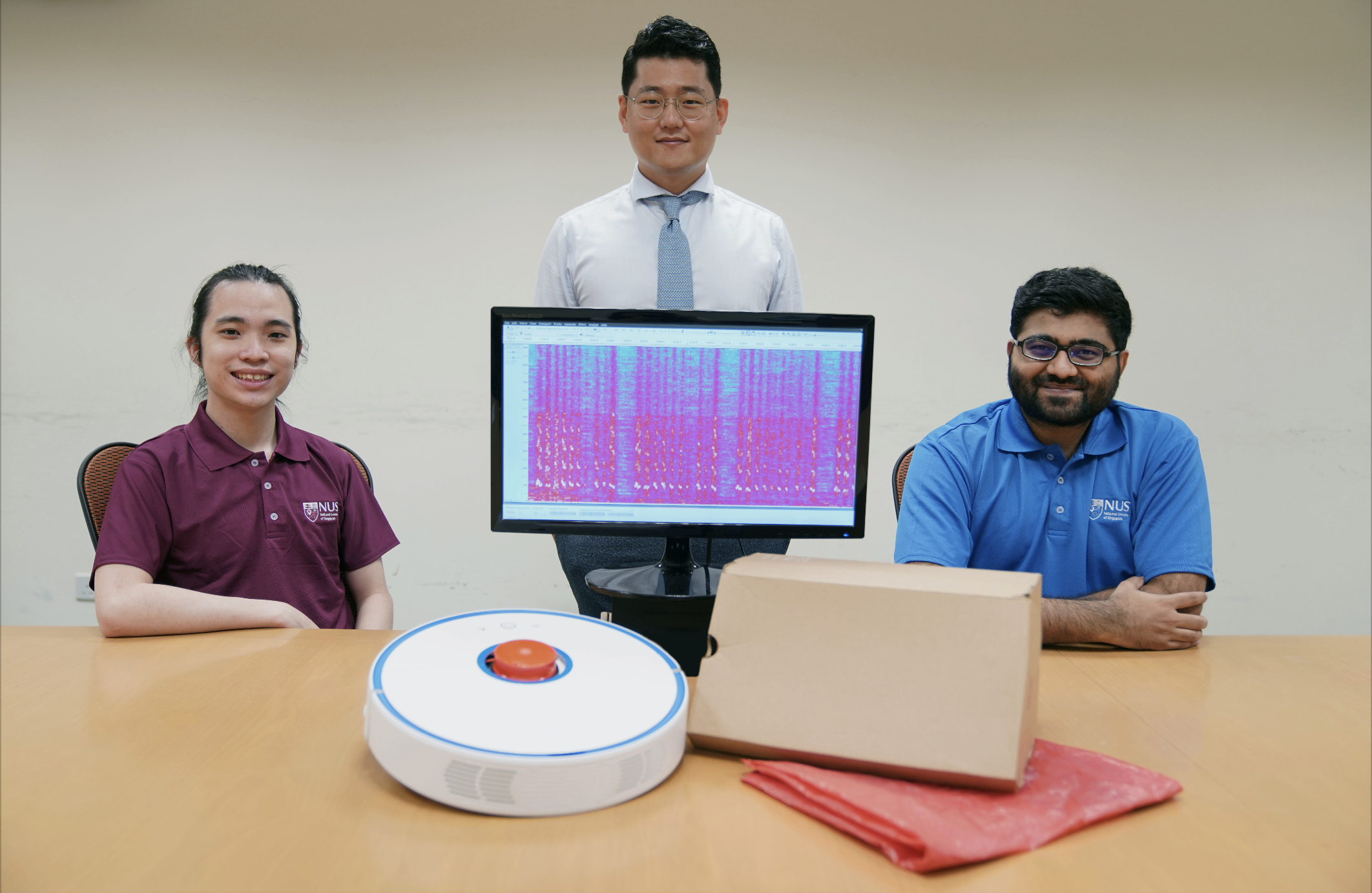 From left to right: Final-year Computer Engineering undergraduate Sean Rui Xiang Tan, Assistant Professor Han Jun, and Sriram Sami with a robot vacuum cleaner, a monitor showing recovered sound waves from the experiment, and some household items made from materials that can reflect sound.

“My parents own a robot vacuum cleaner, and with constant news of IoT hacks, I always wonder how safe they, and anyone who owns such products, are,” said Sami, who also highlighted that the same security issues could arise if Lidar sensors of self-driving cars or smartphones were similarly repurposed or hacked by remote attackers.

“In general, we urge a paradigm shift where we think of Lidars as not just useful sensors, but a potential privacy risk,” said Sami, who also highlighted technical safeguards Lidar manufacturers could adopt in the paper. “In the long-term, we should also consider whether our desire to have increasingly ‘smart’ homes is worth the potential privacy implications.”

Sami cited the relevance of their work to audiences as a factor that made them stand out during the conference. The poster they won an award for was also accompanied by a full research paper on the LidarPhone, which was also presented at the conference.

“We are very grateful to have our work recognised at SenSys, which is a top-tier conference. This was an incredible effort by the whole team to complete the project under a tight timeline while dealing with unexpected restrictions from COVID-19. Research as a process of pushing boundaries is biased towards constant failures. Any positive reinforcement of the value of our work is good motivation to continue pushing to find new and interesting insights,” he said.