In 2014, Tan Tianhui was in the second year of her PhD at NUS Computing when she heard about a “special product” that everyone back home in China couldn’t stop talking about.

“It was a really hot topic, there were many discussions and debates about it,” recalls Tan. “This innovation, Yu’e Bao, was very, very popular.”

Launched in June 2013, Yu’e Bao was a money market fund built into the popular Alipay payments app. With a single tap, customers could transfer their spare cash into Yu’e Bao — which means ‘leftover treasure’ — and earn returns as high as 6% while keeping their funds within Alipay’s system. They could invest as little as one yuan and withdraw their money at any time, sans tedious paperwork or long queues at the bank.

“Yu’e Bao was a pioneer,” says Tan. And it was shocking industry watchers, both at home and those abroad, with its explosive growth: five days into its launch, one million people were using the product. Six months later, that figure ballooned to 43 million, with investments totalling 185 million yuan. By 2017, Yu’e Bao became the largest money-market fund in the world.

But more importantly, Yu’e Bao was radically reforming China’s financial industry, by serving a swathe of the population that had been traditionally ignored by investment services: the financially illiterate and underprivileged with low net worth.

Intrigued by the change that was happening in her motherland, Tan decided to investigate further. “What I wanted to do was to explicate the strategy of how Yu’e Bao empowered underserved customers in the financial landscape,” she says.

As Tan began her research, she realised just how little academic literature there was on the topic of IT-enabled empowerment mechanisms. Heng Cheng Suang, Tan’s PhD class lecturer and associate professor at NUS Computing, explains: “Everyone thought Yu’e Bao was a brilliant idea, but nobody really figured out why or how.”

“So that’s what we explored — how Yu’e Bao targeted people who were financially illerate or less IT savvy and empowered them to participate in financial activities,” says Heng, who studies how firms strategically use information technology.

Banking the unbanked
According to the latest estimates from the World Bank, roughly 1.7 billion adults across the world do not have a bank account. Majority of the unbanked live in developing countries and are excluded from traditional financial services because they cannot provide the necessary documentation or the minimum amount of funds required by these institutions.

But thanks to mobile phones and the internet, financial inclusion is rising. Fintech, short for financial technology, has opened up a new world — comprising mobile money services, payment cards, peer-to-peer lending, digital banking and credit scoring, among other services — to the previously unbanked. The benefits are manifold: Fintech makes it easy for people to collect, invest, and save their money in a way that is convenient, accessible and user friendly.

Yu’e Bao created a storm in China precisely for those reasons. “Because a large population of grassroots customers could use the product, Yu’e Bao helped greatly reduce the financial exclusion problem,” says Tan, who is now a research fellow at NUS Computing. 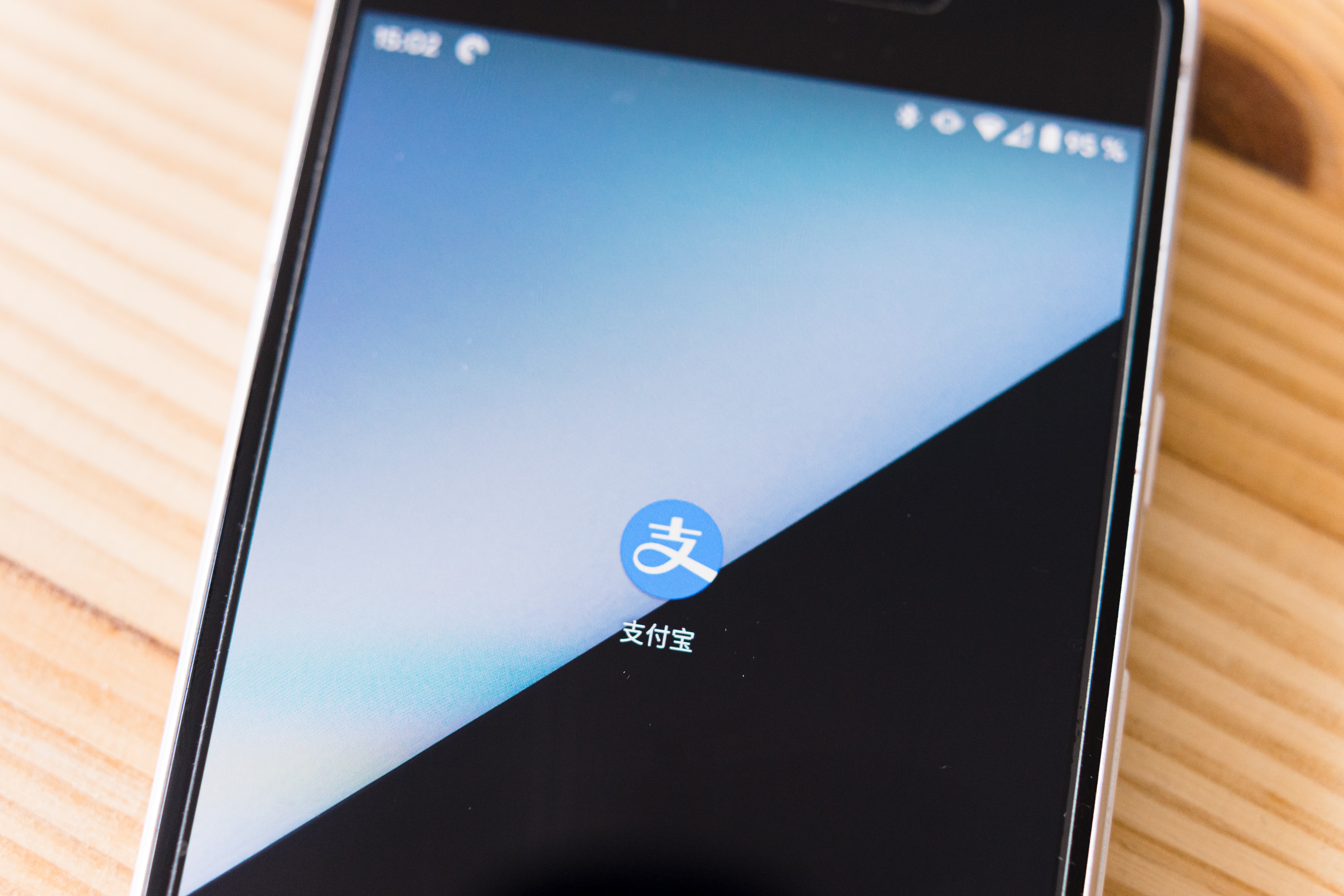 To study how Yu’e Bao managed to achieve this, Tan and Heng — along with two other PhD students — embarked on a comprehensive literature review. They gathered nearly 1,500 English and Chinese news articles, interview reports, and consultant commentaries that were written about the product in the two-year period following its launch.

Next, they adopted a qualitative research approach, pouring over the details, reorganising and reformatting the data, coding the collected statements, and grouping similar ones together to elucidate patterns and themes.

From this, the team developed a model to explain the rise of Yu’e Bao and how the product succeeded in empowering so many grassroot consumers.

There were two main stages to this process, the team identified in a research paper published earlier this year, the first of which was incubation.

“For the incubation stage, Yu’e Bao had to do three things: remove the mental barriers to participation, remove the physical barriers, then give people some incentives to induce actual behaviours,” explains Heng.

To remove psychological barriers and any preconceived notions that investing was complicated or required specialised knowledge, Yu’e Bao first sought to put their customers at ease with the product. They succeeded by using a simple and easy-to-use interface that was embedded into Alipay, which customers were already familiar with.

They also avoided any convoluted financial jargon and clearly stated how much customers could expect on their returns within seven days. “All this gave customers a ‘can do’ attitude,” says Heng.

Next, Yu’e Bao strove to remove most of the physical obstacles that excluded the unbanked from traditional financial institutions. For instance, it set a negligible investment threshold of one yuan — a stark cry from the starting amount of 5,000 yuan or more typically demanded by banks for investments back then.

There was also no minimum fixed maturity date; Yu’e Bao customers could withdraw their money at any time. And they didn’t have to fill in any lengthy application forms or submit themselves to credit assessments. “It’s very convenient,” says Tan. “Everything is done on the phone. People don’t need to go to the bank and queue for long hours.”

To motivate customers to take action and start investing, Yu’e Bao offered up a slew of incentives. These included high economic returns (in 2013, its annualised interest rate was 6% compared with 0.35% offered by most Chinese banks) and the option to use the invested money to pay for online shopping with a single click within the Alipay app.

The paradox of empowerment
It is the second stage of Yu’e Bao’s development model, however, where things start getting interesting, says Heng. “A transition happened here — customers were empowered by Yu’e Bao and became more and more confident. By then, they knew how to make use of financial services so they started to demand more.” As customers started becoming more confident with investing on Yu’e Bao over time, Tan and Associate Professor Heng noticed an increase in demand for more financial services on the platform.

Other online investment innovations had also sprung up to compete with Yu’e Bao, enticing customers to jump ship and forcing Alipay’s platform to evolve to stay in the game.

“We coin this the ‘duality of empowerment’ — that is, how the necessary condition of Yu’e Bao’s success soon became an impediment for its further development,” says Heng. “This reversal of power is really counterintuitive.”

Yu’e Bao also began allowing customers to use their deposited cash for offline purchases such as taxi rides and restaurant meals. It also offered customers greater flexibility — car buyers, for instance, could choose to freeze their payments to car dealers for up to three months, allowing them to enjoy owning a new car while still earning interest.

During this second stage, which the researchers called Coevolution, Yu’e Bao also sought to build customer loyalty. One way they did this was by introducing an online community site called Baofen Quan (which translates to ‘the circle of Yu’e Bao fans’). The site registered more than a million users just three months after its launch.

In all, Yu’e Bao made for a really interesting case study, the researchers say, because it demonstrated how empowerment of grassroot consumers was more complex than previously assumed. “Empowerment is usually one-off, if you look at traditional social organisations and how they help people through disasters and other issues,” says Tan.

“But in the commercial landscape that Yu’e Bao operates in, empowerment is more than just one stage. It never stops,” she says.

Heng adds: “For fintech companies, there’s this tension between wanting to assert corporate social responsibility while simultaneously caring for their bottom line.”

Yu’e Bao seems to have succeeded in ticking both boxes. By observing what happened in her homeland, Tan concluded: “I do believe that fintech can help society. Traditional investment and banking tend to make the rich richer, but the poor guys, the underprivileged people don’t benefit from it.”

“Maybe IT and fintech can somehow bridge this gap and help make the world better,” she says.

Paper:
Empowerment of Grassroots Consumers: A Revelatory Case of a Chinese FinTech Innovation