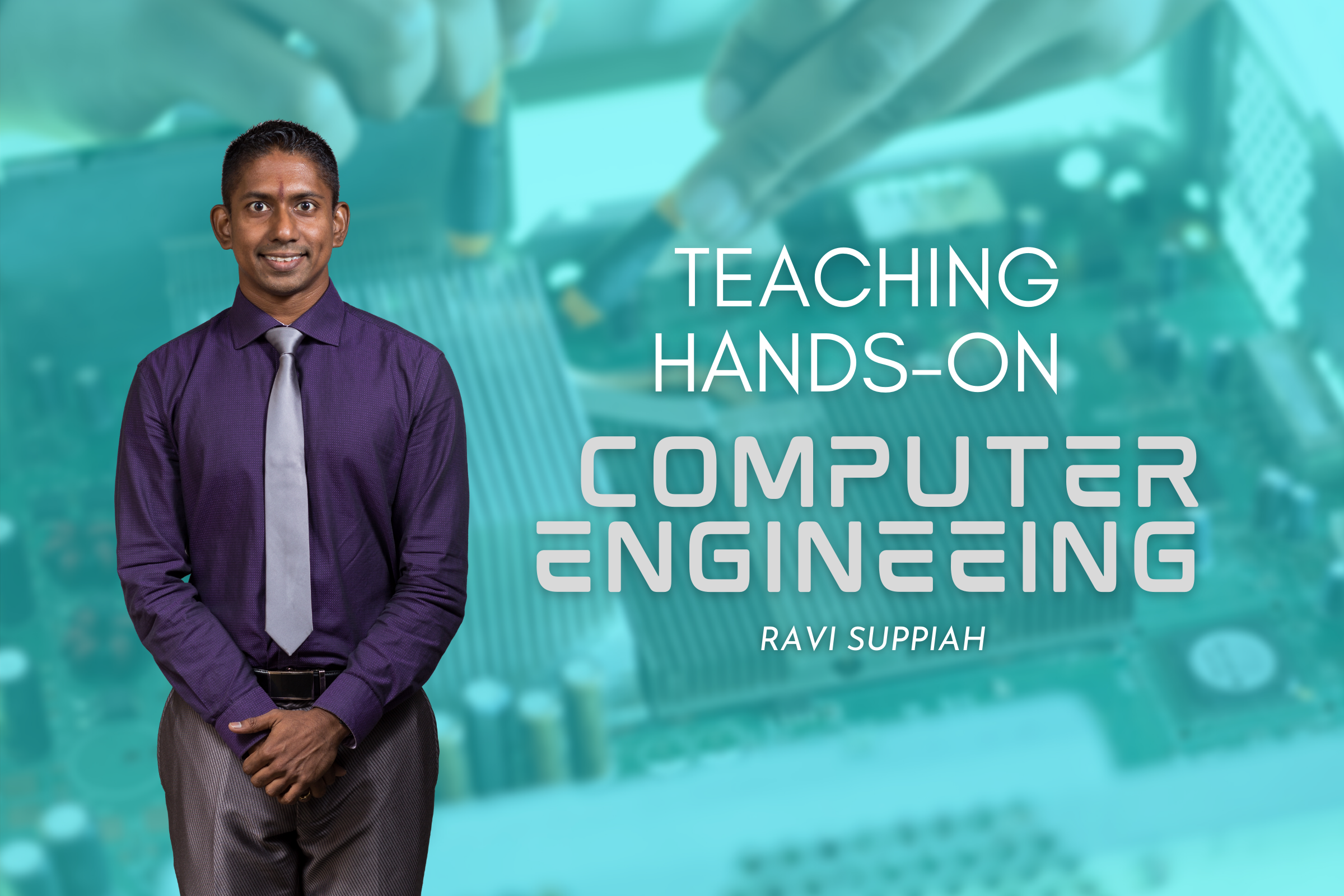 For Ravi Suppiah, the term “teaching innovation” has never just been some far-off ideal to strive for when one has the time or energy for reflective improvement. Instead, it’s ingrained in everything he does as an educator.

Ravi first joined NUS Computing as a lecturer in June 2017. Initially assigned to teach a module called “Real-Time Operating Systems,” he began shaking things up from the get-go.

The syllabus was dated, Ravi recalls. “It was very old school, using old microcontroller boards and old concepts, which I felt needed to be changed,” he says. “I had this grand vision of changing the module to be more of a practical, hands-on one.”

So he put in a request to purchase a new ARM-based microcontroller and bring in a more industry-ready operating system. The students in the course would already be familiar with the more traditional Arduino boards from their first year of study, and Ravi wanted to give them a new platform to learn off. 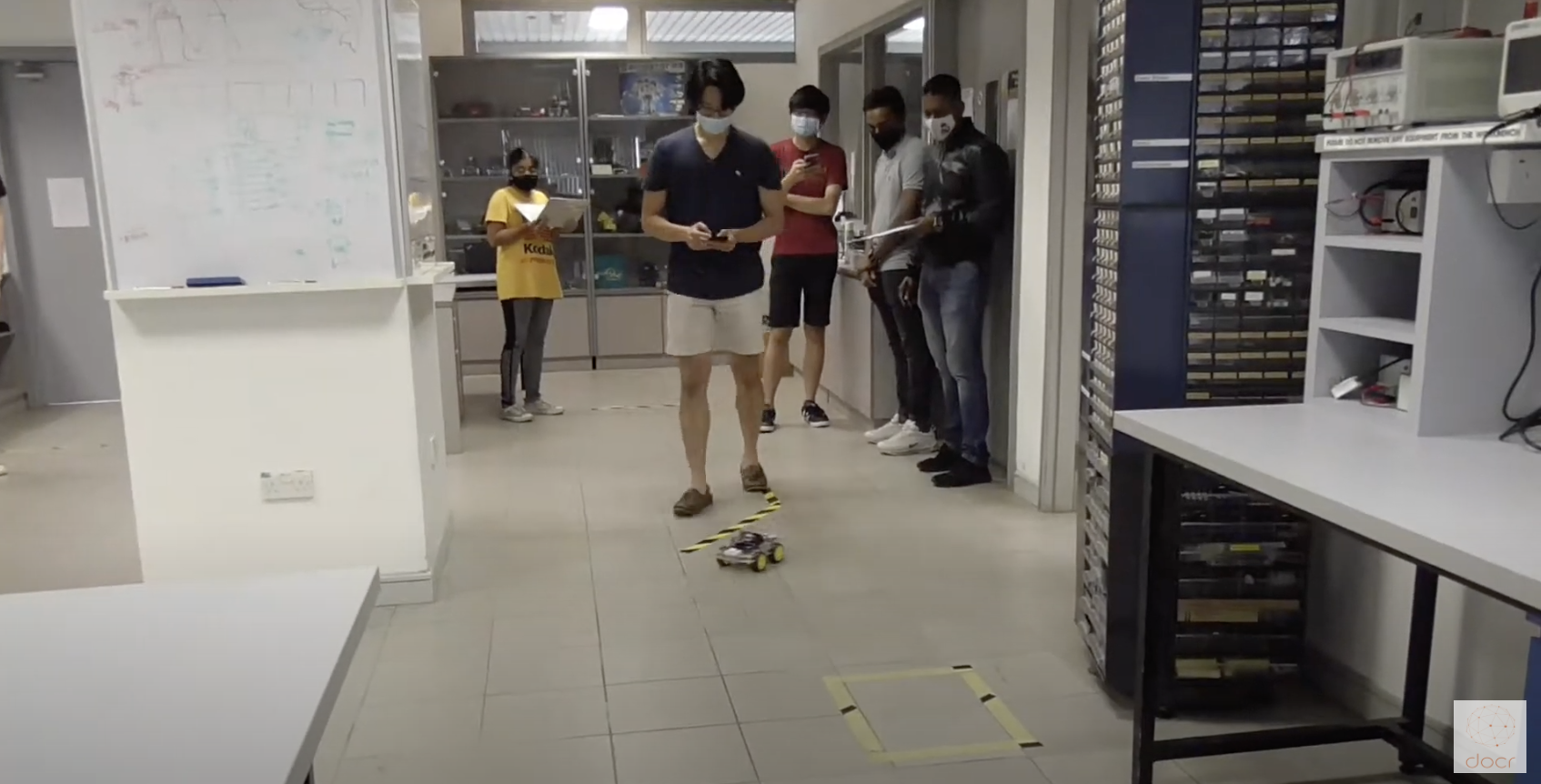 A screenshot of one of the videos made by lecturer Ravi Suppiah’s Computer Engineering students, who have to design and build an App-Controlled Robot as part of the CG2271 Real-Time Operating Systems class he teaches.

Thankfully, his ideas were well-received by the faculty, and he was given the greenlight to go ahead with the changes. “They trust that you’re the expert and you know your stuff, and that what you’re doing is with the best interests of the students in mind,” says Ravi, who was an engineer with Hewlett-Packard (HP) before becoming a lecturer.

“I think the students were also very appreciative that they were exposed to something new that is state-of-the-art,” he says.

Learning by Doing
Since then, Ravi has revamped the other modules he teaches, always with the aim of making them more interactive and hands-on. “The idea is for students to learn through experimenting, through analyzing the data, and seeing things in action for themselves,” he says.

And that begins from their very first semester as undergraduates. Project-based learning comprises a large component of the two foundation courses — Engineering Principles and Practice (EPP) 1 and 2 — that Ravi co-teaches with his colleagues.

In the first module, EPP1, students are taught many fundamental electrical and electronic principles. To put that into practice, their final project involves programming a robotic platform to navigate a maze while solving different “challenges”. These challenges can only be solved by correctly applying the electronics and circuit design concepts they have been taught. It serves as an excellent opportunity for them to put theory into practice and see it all in action.

In the second module, EPP2, students work in teams to build a search-and-rescue robot that is capable of scanning and mapping out its surroundings using Lidar technology. The students are taught how to build complex systems by progressively integrating several computing platforms. such as the Atmega328 and the Raspberry Pi, together.

To prepare the students for these challenges and build up their knowledge, Ravi and his fellow course instructors hold bi-weekly lab sessions to guide the undergrads through the theories involved. They get the students to conduct related experiments to reinforce the concepts being taught.

“Generally when you come into year one, you’re loaded with lots of mathematics and theoretical concepts. It’s easy for students to get a bit demotivated because there’s a bit too much theory and they don’t understand the application aspect of it,” he says. “So the idea of these modules is to make sure they learn by doing stuff.”

To take things one step further and enhance learning even more, Ravi created his own YouTube channel. This is where he uploads recordings of his tutorial classes, as well as short clips where he delves deeper into concepts that students often struggle with. The channel, DocR, now has over 450 videos and more than 1,600 subscribers. 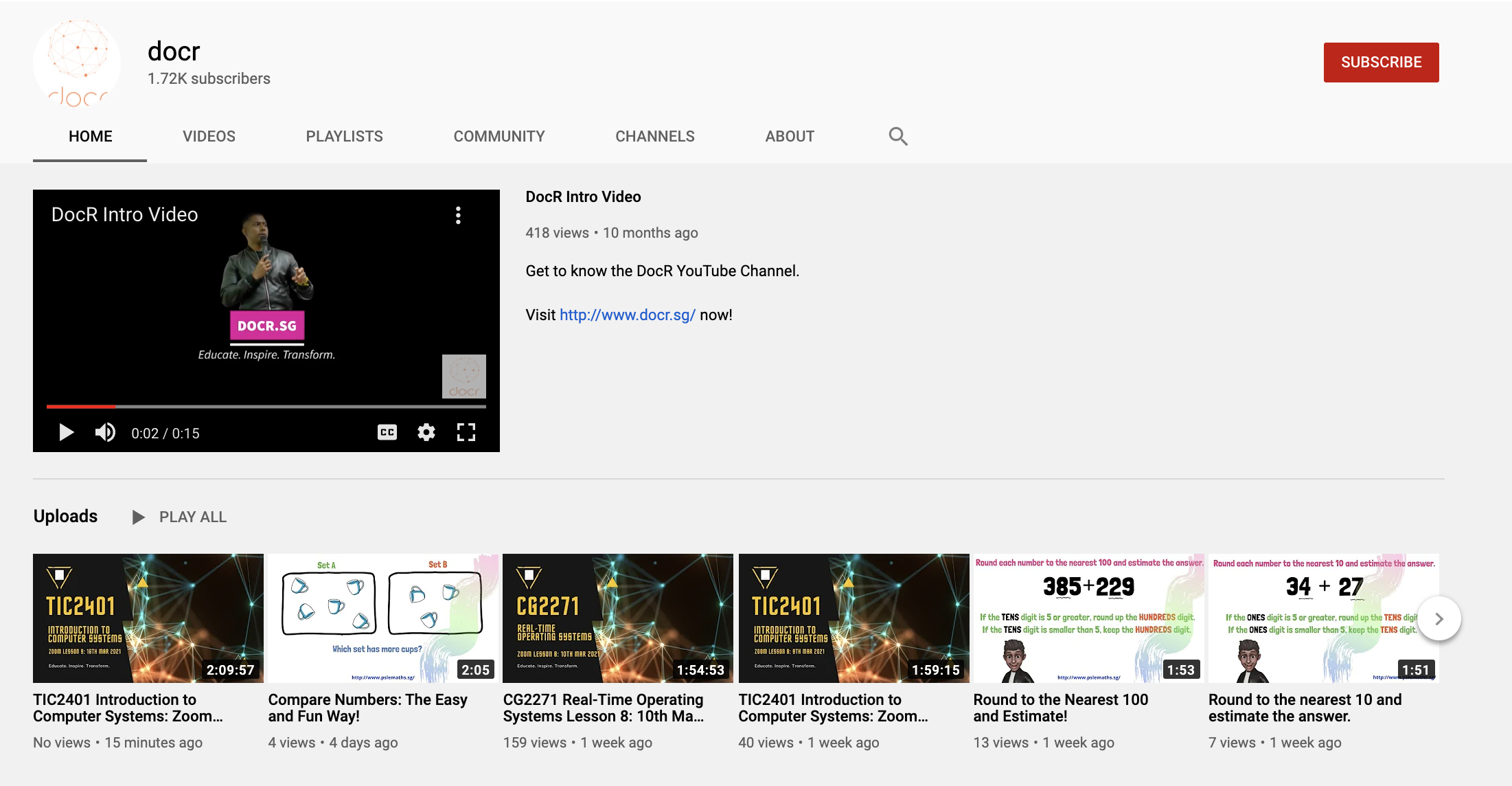 Suppiah also set up a YouTube Channel called DocR to upload recordings of his tutorial classes and short clips, where he delves deeper into concepts that students often struggle with.

Ravi’s teaching efforts have certainly not gone unrecognised. In 2019, he won both the NUS Faculty Teaching Excellence Award and the Innovative Teaching Award. It has been a rewarding journey, he says. “I think it’s fun and exciting to share what you know with others,”

These Changing Times
For Ravi, teaching was something that came naturally and quite early on. In secondary school, he would lend a helping hand to some of his classmates, who would say to him: “Woah when you teach, I understand. But when the teacher teaches, I don’t understand.”

That was when Ravi realised he enjoyed teaching and had a gift for taking complex concepts and putting it across in a way that made it easy for anyone to understand. But he was also passionate about something else — engineering. “I liked the idea that whatever you wanted to create, you could put things together and build something,” says Ravi, who pursued a bachelor’s in electrical and computer engineering at NUS.

After graduating, he worked for HP developing embedded firmware for their Office Jet printers. After more than 6 years, he happened to come across an advertisement from NTU, who was looking to hire lecturers from his field. “When I saw it, I felt like it was calling out to me,” he says. “I could finally have both my passions, teaching and engineering, come together.” He taught there for six years before moving to NUS.

The rest, as the saying goes, is history. The teaching environment he’s in today is one Ravi cherishes. Students these days are incredibly lucky, he feels. Back when he was an undergraduate, it was “almost impossible” to seek help from professors. “Because the moment the lecture finishes, they throw a smoke bomb and just disappear,” he recalls, laughing.

“There was not much care or concern for undergraduates,” Ravi says. “So it was quite a challenging time and you really had to do everything for yourself.” For instance, he consulted his final-year project supervisor for “just four minutes” the entire year. In contrast, Ravi holds bi-weekly hour-long sessions with the students he supervises. And all the undergraduates he teaches — sometimes numbering more than a hundred each semester — are free to WhatsApp him any time of the day for help. The messages grow in urgency and frequency especially when exams are around the corner, he says, laughing.

“I always tell my students they’re very lucky — they’re in a time and place where students really matter, where teaching is stressed upon as being very important,” he says.

Today, Ravi continues to combine his twin passions of teaching and computer engineering. He is currently doing extensive research into rehabilitative robotics that will aid stroke patients with their rehabilitation. “The whole idea is for these devices to automatically detect the user’s intention from sensors and provide them with the necessary amount of support. These systems will also use Artificial Intelligence (AI) to learn the patient’s progress and provide the necessary feedback. Many such systems are still under development, with much room for innovation and progress in this field.”

Ravi says: “Ultimately, I hope to be able to create a product that can genuinely help those in need.”