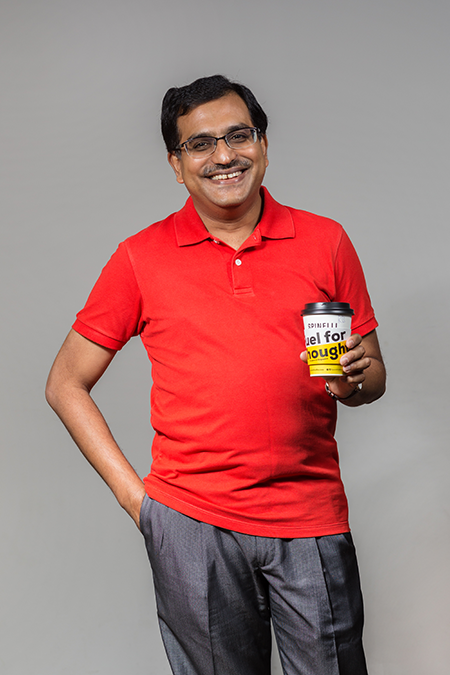 Abhik Roychoudhury is a Provost's Chair Professor of Computer Science at the National University of Singapore. He is the Director of the National Satellite of Excellence in Trustworthy Software Systems at Singapore (2019-23). He has previously led the TSUNAMi research center (2015-20), a large five-year long targeted research effort funded by National Research Foundation in the domain of trust-worthy software. He is also the Chairman of the Managing Committee of the Singapore Cyber-security Consortium (2016-22), which is a consortium of 25 companies in the cyber-security space engaging with academia for research and collaboration. His research focuses on software testing and analysis, software security and trust-worthy software construction. His research on automatically repairing programs at a large scale contributes to the vision of self-healing software. He is an ACM Distinguished Member, and has been an ACM Distinguished Speaker (2013-19). His research has been supported by various agencies and companies, including the National Research Foundation (NRF), Office of Naval Research (ONR), Ministry of Education (MoE), A*STAR, Defense Research and Technology Office (DRTech), DSO National Laboratories, Microsoft and IBM. He has been a keynote speaker at different conferences (most recently APSEC 2020) and distinguished lecturer at different universities and institutes. Abhik is a member of the Steering committee of the two flagship conferences in Software Engineering, ICSE and FSE. Specifically he has served as Program Chair of ACM International Symposium on Software Testing and Analysis (ISSTA) 2016, General Chair of ACM SIGSOFT Symposium on Foundations of Software Engineering (FSE) 2022 and Program Co-chair of International Conference on Software Engineering (ICSE) 2024. He has served as an Associate Editor of IEEE Transactions on Software Engineering (TSE) during 2014-18. He is currently serving as an Associate Editor of IEEE Transactions on Dependable and Secure Computing (TDSC) and ACM Transactions on Software Engineering and Methodology (TOSEM). His former doctoral students have been placed at universities all over the world as academics (Peking University, University College London, Max-Planck Institute, Shandong, SUSTech, SUTD) and have received various awards for their doctoral research including an ACM SIGSOFT Outstanding Doctoral Dissertation Award. Abhik received his own Ph.D. in Computer Science from the State University of New York at Stony Brook in 2000.

Past and present research team members in this group appear here: https://www.comp.nus.edu.sg/~abhik/students.htm

With the increase of enrollments, there exists a need to support technology enabled learning of programming. We are engineering an intelligent tutoring system in a third year course on Foundations of Software Engineering (CS3213). We use requirements from first year students to build this intelligent tutoring system and make it available to first year programming courses in subsequent years.